Half or Whole Cows and Hogs

Please contact us any time, day or night, with questions or concerns. We will answer you as soon as we are able. We value each customer and want to hear from you! 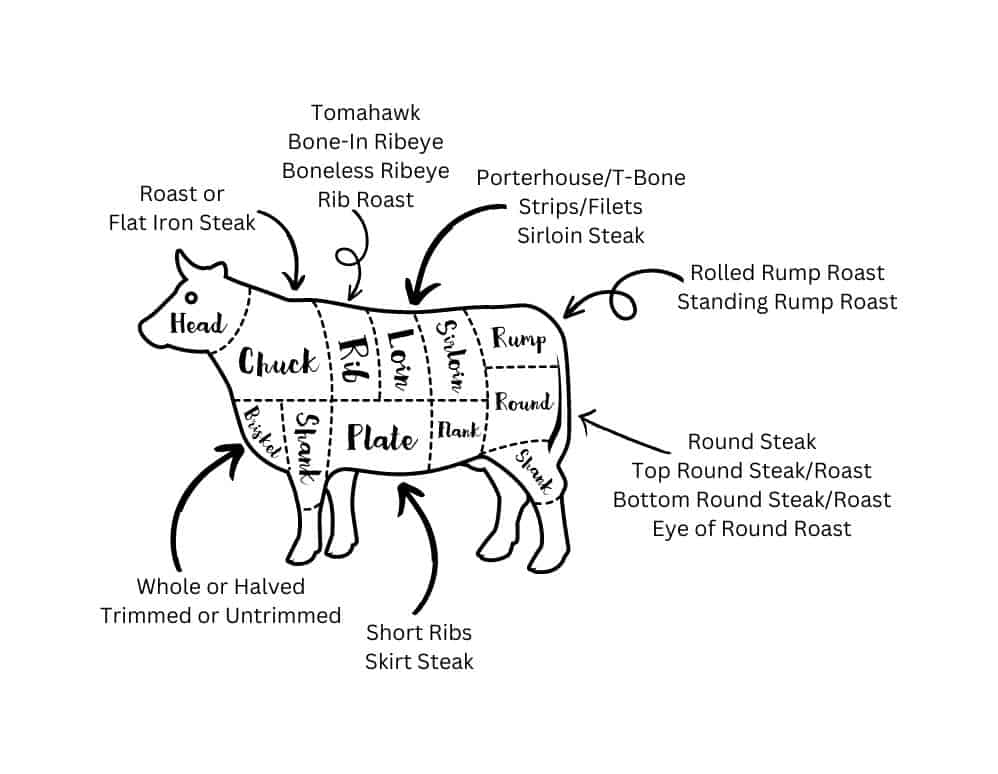 Chuck – This section contains more fat which equals more flavor. Stew Beef, roasts, and Flat Iron steaks are made from this area.
Rib – Rich flavor and great marbling. This section provides the fan favorite Ribeye and Tomahawk Steaks.
Loin/Sirloin – This section contains highly desirable cuts such as Strip, Filet, Porterhouse, and T-Bone Steaks. Also features tender and juicy roasts such as Tenderloin or Strip roast.
Rump – Not as tender as the loin area, but is full of flavor. A standing rump roast contains the bone and a rolled rump is boneless.
Round – Affordable and large cut. Very lean and perfect for slow cooking. The popular Swiss Steak comes from the bottom round section.
Plate – This section of the cow provides a tougher, fattier meat like short ribs. Short Ribs are excellent to slow cook and full of flavor.
Brisket – You can purchase our briskets whole (point and flat connected) or halved (point and flat separate). Best cooked low and slow. 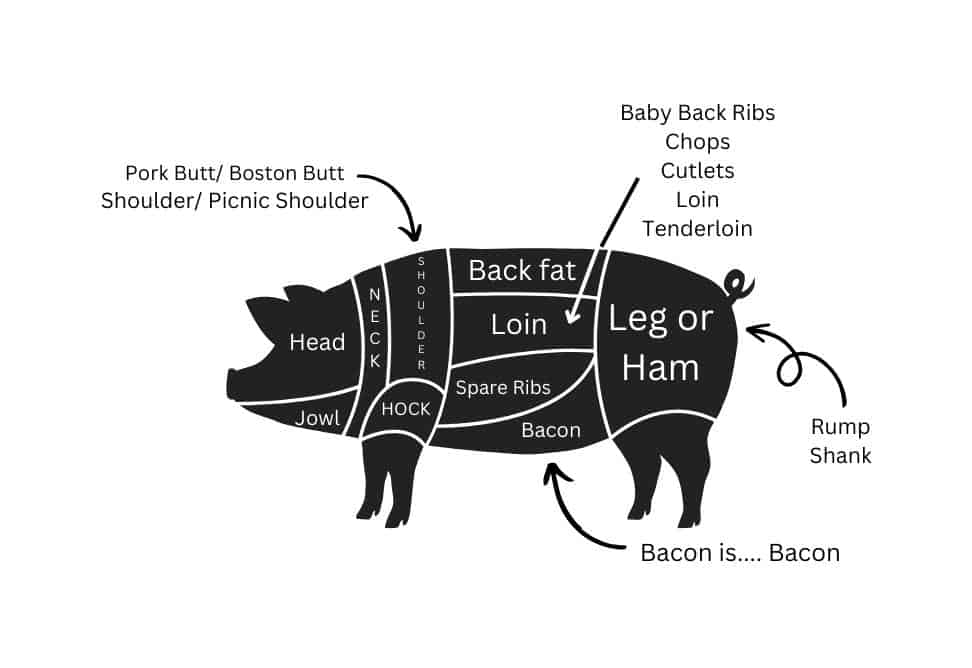 Jowl – comes from fattier cheeks of the pig, also known as poor mans bacon. Can be cured, smoked, braised, seared, or slow cooked.
NeckBone – the neck bone has a small amount of meat, is inexpensive, and can be very tender and juicy if simmered.
Hock – most commonly used in soups or in a vegetable dish for added flavor. Can be used for making your own stock or broth!
Shoulder – this area contains pork butt, picnic, and shoulder. Loin – this section is home to Baby Back ribs, chops, cutlets, loin, and tenderloin. Chops and cutlets are essentially the same cut except cutlets are boneless and have more of the fat cap trimmed off. Loin and tenderloin are also different cuts. A tenderloin is long and boneless while the loin is wider and flatter and can contain the bone or come boneless.
Spare Ribs – come from the bottom section of the ribs. On average, you get about 15 ribs depending on the size and breed of the hog.
Leg/Ham – this section contains the thigh and rear end. The rump is the top section of the ham which is fattier. The shank is less fatty and contains part of the leg. A whole ham contains both the rump (butt end) and shank.

Other Important Things To Know

Some other important things to know about bulk cow and hog purchases:

Half Hog or Cow Storage

We recommend a 7cu freezer to store a half hog or cow.
View on Amazon 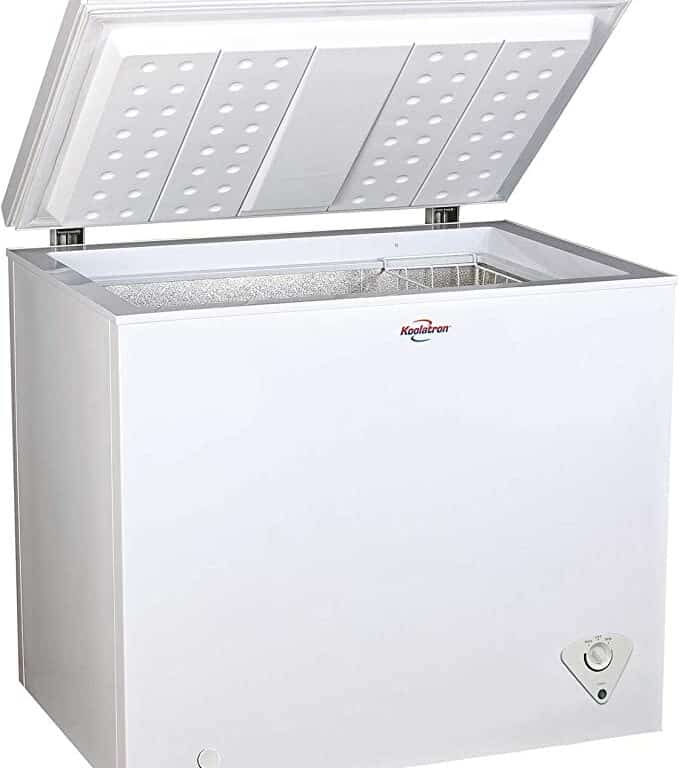 We recommend a minimum of 14cu freezer to store a whole hog or cow.
View on Amazon 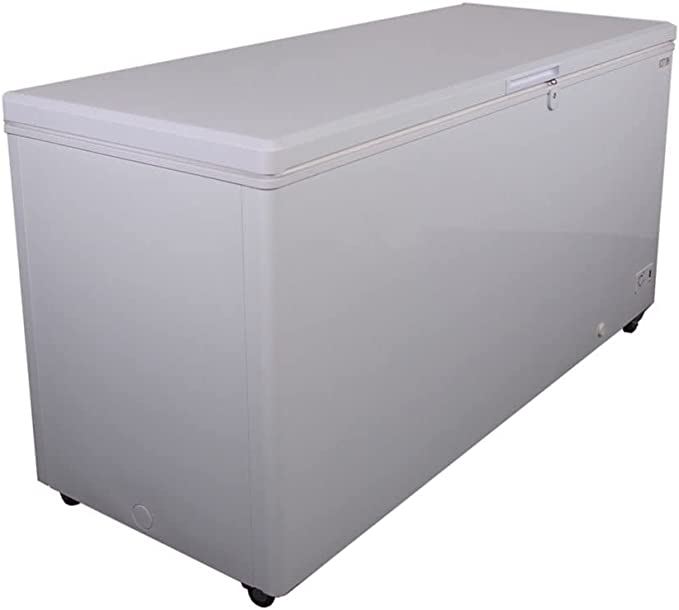